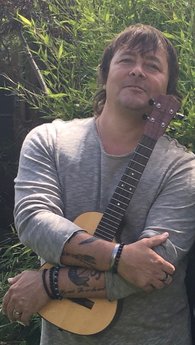 Andy’s first solo instrumental ukulele album Marked Card was released in 2014 and he has been performing solo instrumental concerts and festivals in the UK and internationally. His compositions have been used on many TV, and radio programmes including National Geographic, ITV and BBC. He crafted his music and his career as a session guitarist working with various artists in the studio and stage. He has also written and published academic papers and blogs on music, acoustic ecology and composition and delivered seminars and lectures to aspiring musicians and contemporaries within the music and media industry. Andy has released five studio albums, he performs with Chloe Hazel in the duo Scarlet Coast and nationally and internationally as a solo instrumentalist, he also continues to compose music for TV, radio, and film, consulted on the development of music qualifications and written music and educational articles for various magazines. Andy was also one of the seven guitarists performing with Jem Finer on his Shortplayer live performance, part of the Longplayer project.

As well as composing music for performance and collaborative projects Andy also composes music for synchronisation and is published by Synctracks. His work has been celebrated and promoted by Synctracks by making him one of their composers in spotlight and included many of his compositions on their albums including Folk Festival and Acoustic Folk. 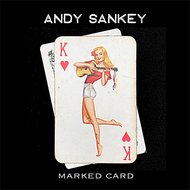 Remastered in 2017, Andy's solo album Marked Card was released in 2014, this collection of original songs returns to the roots of ukulele with a classical feel. He has been performing at various concerts and festival across the UK and internationally. 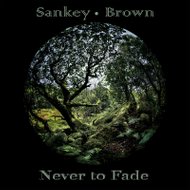 Never to Fade released 2016 is a feel-good country folk collaboration between Andy Sankey and Ray Brown ‘Sankey Brown’, this is their first official release although they have worked together on various music projects in the past. 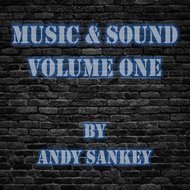 Music and Sound Volumes One and Two were released in 2019 and are a collection of instrumental compositions covering a diverse range of styles. They highlight some of the compositional work Andy has done for TV, radio and film and are ideal to be used for license free* media synchronisation or to just listen and enjoy. 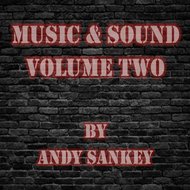 The Journey is Andy’s second ukulele solo instrumental album and the first time he has recorded some classic songs he has arranged for ukulele. These unique arrangements and original compositions are a mellow journey through some inspirational music and generations in his unique style, interpretation, and performance. 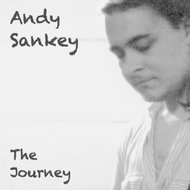 Hummingbird and Promising Start were released in 2018 by Scarlet Coast, Andy and Chloe Hazel

I don’t Wanna Stop was a single recorded and released by Sankey Brown, Andy and Ray Brown.

Scarlet was a single from Andy’s solo instrumental album Marked Card in 2014.

The One was a single from the Sankey Brown album Never to Fade released in 2016. 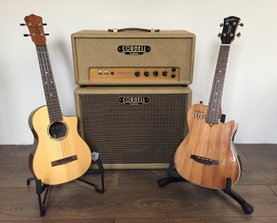 Andy uses a Cordoba 32T-CE in the studio allowing for blended acoustic and electro acoustic recording. For shows and concerts he uses a Godin MultiUke Koa HG with a Cornell custom acoustic valve amplifier.

*Please ensure all synchronised use is credited appropriatly.